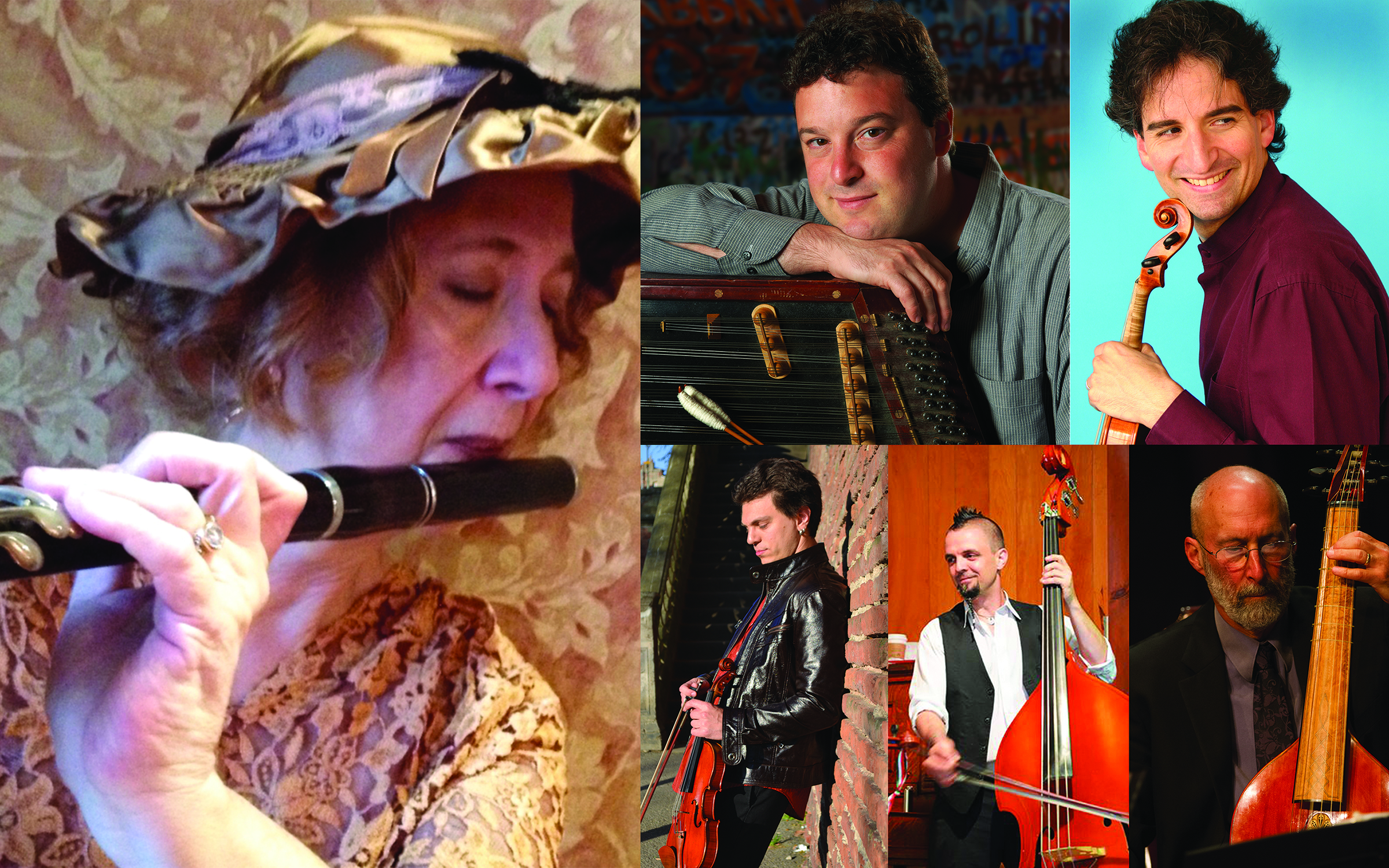 FleytMuzik and its director, traditional klezmer flutist Adrianne Greenbaum, will take you on a curious odyssey through the experience of the Jewish itinerant musician – the klezmer. A “professional” since the 16th century- albeit displaying great expertise as a musical gonif, a thief – the klezmer adopted and stole their tunes wherever gypsies and society musicians co-existed. Unexpected influences and dialogue abound with cross-weaving of cultures from Slovakia, Scotland, the Ottoman Empire, Italy, Germany, Hungary, and Eastern Europe.