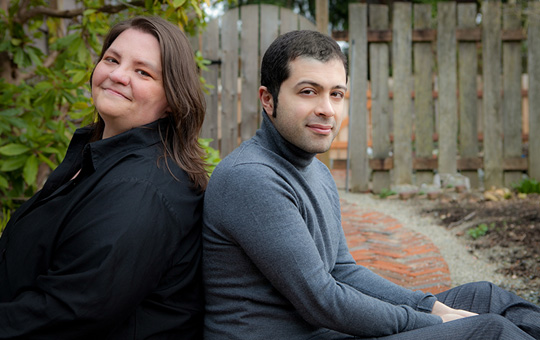 UPDATE: The concert has not been cancelled. If it becomes necessary to cancel, the announcement will be made by 5pm on Saturday, 2/22.

In the spring of 1634, Rome’s Villa Borghese played host to a now-legendary recital by Girolamo Fantini, the Chief Court Trumpeter to the Grand Duke of Tuscany, and Girolamo Frescobaldi, organist to the papal chapel at St. Peter’s. This single event sent a shock throughout the musical world: not only was the trumpet, previously confined to military circles, now a new arrival to the concert hall, but also described in multiple sources with high praise: “He is the monarch of the trumpet on earth today” and “Girolamo is here, always playing with such marvelous art”. This was indeed the dawn of a new age, one in which instruments finally came into their own as vehicles for both impressive technical display and the ability to probe the depths of the soul. This program pays tribute, through a selection of works by both Fantini and Frescobaldi, to the most accomplished Italian instrumentalists of their time – two of the first great “virtuosi.”